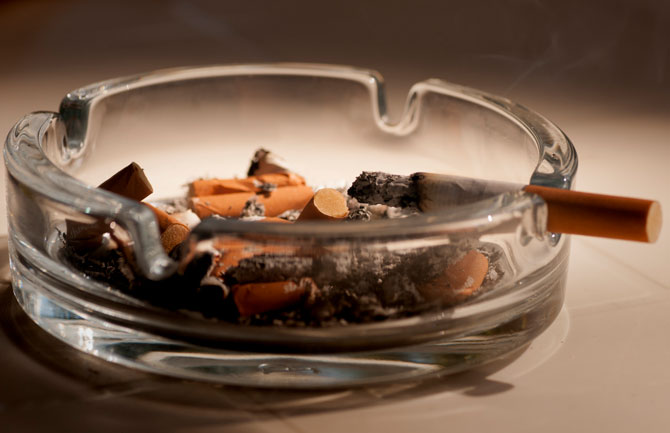 In 10 years of studying thirdhand smoke, which is the toxic cigarette residue that clings to virtually all indoor surfaces for months or years, Berkeley Lab scientist Hugo Destaillats said the most frequent question he hears from the public is how to remediate property where a smoker once lived.

Remediation companies frequently use ozone generators to eliminate odors from mold, tobacco, and fire damage, blasting homes with high levels of ozone. But scant research has been done to assess its effectiveness in removing toxic residues, or identify any associated risks. So Destaillats and colleagues from Berkeley Lab’s Indoor Environment Group designed a room-sized chamber study to determine the effects of ozonation on the concentration of chemical compounds typically found in thirdhand smoke.

Funded by the University of California’s Tobacco Related Diseases Research Program and recently published in the journal Environmental Research, the study found that ozonation can remove tobacco contaminants that were adsorbed on materials, but it also caused a burst of contaminants when the generator is running. Particles remained airborne for a period of a few hours. The study highlighted the need to specify a safe re-entry time after ozonation, which should be performed in unoccupied spaces.

“Ozone could remove nicotine and polycyclic aromatic hydrocarbons (PAHs) that had adsorbed onto fabrics after smoking, but our study shows that people need to wait a few hours after the generator has run and allow the space to be ventilated before going back inside,” he said.

This study was conducted on freshly generated thirdhand smoke. Next, the researchers will look at materials that have been contaminated for much longer periods of time – on the order of years. “There are a lot of deep reservoirs for tobacco contaminants in the home. Gypsum, the main component of dry wall, is very porous and has a large capacity for indoor contaminants,” Destaillats said. “Nicotine can be stored in dry wall for quite some time. Same with carpets.”